Francesc Grimalt (Spain) studied Philosophy and Fine Arts at the Universidad de Barcelona and at the École Nationale Supérieure des Beaux-Arts in Paris, although he says he can’t remember a single thing. He lives with a three-legged cat in a house with two windows that look like a giant pair of eyes. He is professionally dedicated to teaching, illustration and conceptual design for audiovisual projects, although he tries to set aside as much time as possible for the production of the series of books LOS NIÑOS RAROS [The Weird Kids]. He is the illustrator of Sergio Chejfec’s novel EL SEGUIDOR DE LA NIEVE [The Disciple of the Snow] by Erdosain Ediciones. 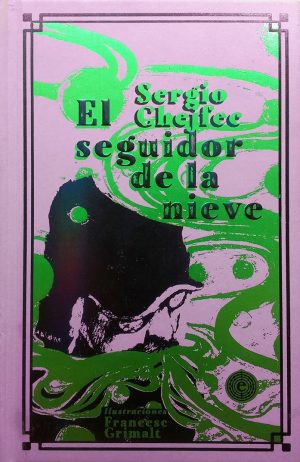