Hasan Mousavi (Iran) is a painter and illustrator, graduated in Graphic design in Shahid Beheshti university in Karaj. He was supposed to be a blacksmith  when he became familiar with graphic design. His artworks have been displayed in Iran, Germany, Denmark, Japan, Czech Republic, Slovak Republic, Italy, UAE etc. His illustrations were selected for Bologna Annual Illustration Exhibition (2017), he received an honor diploma from the Children’s Book Council of Iran (IBBY- Iran) (2018). The book BOXER written and illustrated by him, was mentioned in the White Raven list (2018) and brought him the 2017 Grand Prix at the BIB 2019. 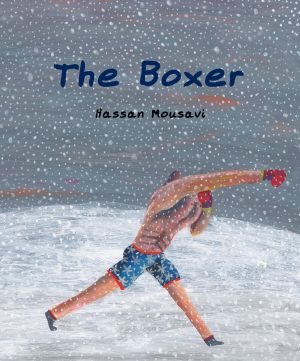