Madalena Matoso (Portugal) is one of the most renowned Portuguese illustrators. She graduated in Communication Design at the Fine Arts University of Lisbon and later specialised in Graphic Design at the University of Barcelona. In 1999, Madalena founded Planeta Tangerina together with three friends. Planeta Tangerina started out as an illustration and graphic design studio, and later in 2004 debuted as a publisher. From the beginning, their books have always wanted to explore new territories and challenge readers. Madalena has illustrated several books and she has won the Portuguese National Illustration Awards twice (2008 and 2018). 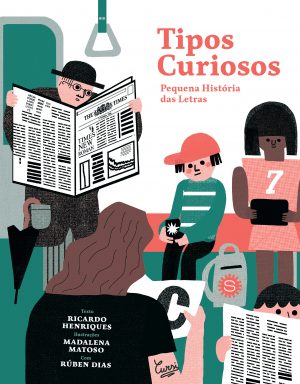