Afonso Cruz (Portugal) is a writer, animator, illustrator and musician. He illustrated several books for children and, in 2014, he received the Authors Award from the Portuguese Society of Authors. His novel, A Boneca de Kokoschka [The Kokoschka Doll], won the EU Prize for Literature. Afonso is the author of CAPITAL, published by Pato Lógico and awarded the Portuguese Illustration Prize 2015. He is also a member of a blues/roots band called The Soaked Lamb. 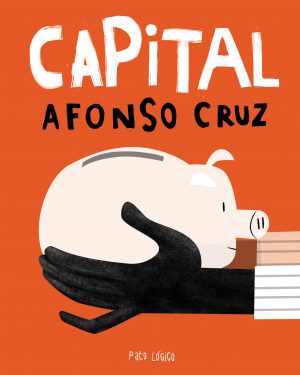